Types of Geocell And Their Uses

Types of Geocell And Their Uses

Now that we all are heading towards the idea of sustainable environment preservation and that also with the point of cost-effectiveness, Cellular Confinements or Geocells as they are commonly known are becoming a talk of the town. These honeycomb-like frames are becoming the base of many infrastructures and are being used for various purpose.

First designed by US army architects in 1975 these frames were majorly used to give a stronghold as the base of roads made on soft earth where the soil was not stable. Since that time the prospects of the usage of geocells have only widened.

These honeycomb-like structures made out of different materials regarding their purpose of usage. They are used in farming especially in those places where soil erosion majorly takes place, they are also used as the base of many buildings on such places where the soil is soft and not ideal for infrastructure.

If you are looking for the most suitable type of geocell to match your purpose then here are some according to their uses: 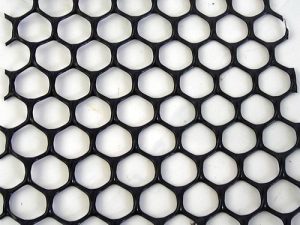 These are most ideal for erosion control. The small grids are ideal for cutting the runoff of water and acting as a check dam for the soil. They are mostly used in sloppy areas where soil erosion is a common phenomenon. It is also used in drainage system especially at ghats because it can stop boulders and vegetation and let the water flow freely. They are also used on railway tracks for stopping the pebbles from running off due to rain. 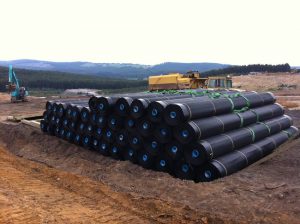 These are basically used for containing liquids and gases and come in two forms, one with a rough surface and other with a smooth surface. They are mainly used for the lining of ponds, landfilling, lining of tunnels etc. they are commonly used in many government projects for the lining of canals as well. In tunnels, they are ideal for keeping the moisture at bay while underground constructions. If you are thinking of having an artificial pond made at your home, this can come in handy. Â 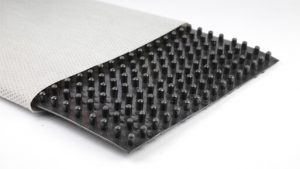 These are also known as wick drains, made out of the plastic core that is encased in geotextile. These are implanted in the areas having clay texture of soil with too much moisture. They help in draining the moisture out of the soil and consolidate it so that it becomes ideal for construction work. The geotextile doesnâ€™t let the moisture to get soaked in the pipes because then it may not fulfill the purpose as it may discharge some moisture back into the soil. 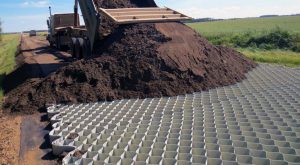 These are the 3D honeycomb-like structure is the geocell that are the most versatile. These are mainly used to stop soil erosion, in infrastructure for retaining walls and steep slopes etc. these are also used in roadways construction as they spread the surface area hence dividing the load. They are very easy to transport and any kind of fill material can be used. Once they are expanded and filled they provide a very stiff support. And they are ideal for construction in long run.